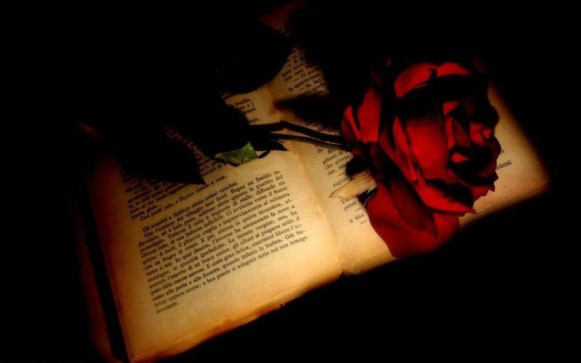 The figure sat up. The outline of his head and powerful shoulders remained in the soft soil. Some still clung to his rippling back.

His skin could have been a deep bronze, but the shifting glow hid most of the color as flowed over and through his body with a light that rivaled the sun above.

As a light breeze whispered through the branches overhead and tousled his rich black hair and beard, the shifting green shadows added to the shimmer.
END_OF_DOCUMENT_TOKEN_TO_BE_REPLACED

The flickering screen carried a parade of flashing red and blue lights. The arrest.

The moving red lips of the news-anchor introduced clips of the mob outside the Magisterum. Even with the sound off, Sophia could hear the hate that twisted their faces as they screamed for a conviction. It echoed in her memory.

The room was dark. The sun had set and she’d not bothered to flip on a light. A pile of cereal bowls filled the battered coffee table – the milk had dried into hard rings around the bottom.

She hugged her knees to her chest.

Why were they still talking about him? – why was she still watching?

The screen split in half, and the anchor’s studied expression of interest and intelligence slid to one square.

She found the remote and Rael Hudson’s modulated voice filled the room.

The man in the other panel nodded, his eyes appropriately grave, but the corner of his mouth twitched, and he pressed his steepled fingers against his chin.

“Sure. With the President Day nuclear threat to the north and drought in the south, his Eminence’s authority undermined – by anyone – posed a national threat.” END_OF_DOCUMENT_TOKEN_TO_BE_REPLACED

The red sun sank toward the dusty hills behind her right shoulder.

A chilling wind tugged at the dark curls escaping from her scarf. She shivered and pulled the wool cloak tighter around her shoulders.

Her ankles throbbed. Her back ached. She couldn’t get enough breath, and a little squeeze at the back of her throat threatened to become tears of misery.

Tonight Beit Lechem would be lit by a hundred lamps to honor the miracle of dedication.

Families would exchange gifts of fruit and twist breads, like the kind she watched her grandmother make when she was a child.

She would send the children out in the morning to collect nuts and berries, then knead them into the lump with her callused hands.

“Do you know why we light a lamp tonight,” she would ask.

“No Savta, tell us.” END_OF_DOCUMENT_TOKEN_TO_BE_REPLACED

In "The Voyage of the Dawn Treader" by C.S. Lewis, Lucy Pevensie reads a magician's magic book.

On one page, she finds a spell for the refreshment of the soul. Intrigued, she begins to read, and finds it no normal spell, but a story which unfolds over several pages.

At the conclusion, she is so taken by the tale that she goes to read it again, but discovers the pages will only turn one direction. Disappointed, she resolves to at least remember it, yet almost at once, the story begins to fade from her mind. She knew it was about a cup and a sword and a green hill, but the rest is lost.

For the rest of her life, whenever she heard a truly good story, it would bring back to her just a taste of the forgotten story.

I am a journalist and a novelist, recently graduated from the University of Idaho. I hope to use the power of story, both real and fiction, to reach people's hearts and change their lives in small ways and great ways.